Economic Development Info for the City of Peoria

Just back from England, Germany, Sicily and Spain 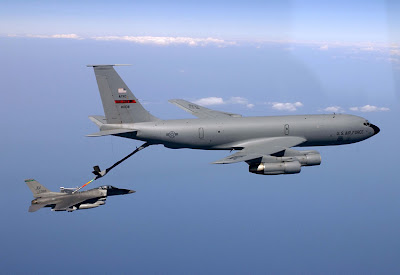 What will they think of next?
http://economicdevelopmentnews.blogspot.com/

Can Your City Compete?

Can Your City Compete?
What do you do when your city is falling behind?


Well, if you’re a newspaper, you do a major series laying out the issues and the case for change.


The Cleveland Plain Dealer did it some years ago with a massive effort called “A Quiet Crisis“.


And this week the St. Louis Post-Dispatch does something similar with a three-part series called “Can St. Louis Compete?”


The issues discussed are familiar and relevant to any struggling “Rust Belt” type of place, from Buffalo to Birmingham, and thus relevant more broadly.


Development is occurring more rapidly in urban centers than in the suburbs, according to a new study from the U.S. Environmental Protection Agency.

Good Scoop from the EDC of Central Illinois

Good Scoop from the EDC of Central Illinois
http://www.edc.centralillinois.org/news
Study Reports Peoria is a Resurgent City
According to the December 2009 issue of Profitwise News and Views, a publication of the Federal Reserve Bank of Chicago, Peoria was identified as one of ten US resurgent cities. Rick Mattoon, a Federal Reserve Bank of Chicago senior economist and economic advisor, cited a study from the Boston Fed entitled, "Reinvigorating Springfield's Economy: Lessons from Resurgent Cities." The report stated that across the ten cities, industry mix, demographics, and geography were not the dominant factors in their renewal. Rather, the principal factor is social capital - leadership from government, nonprofit, and business sectors.
Driving Change in Regional Manufacturing
by Cindy Patterson, Economic Development Council for Central Illinois
The Specialized Manufacturing Strategy Group of the Economic Development Council for Central Illinois (EDC) is driving change. This diverse group of manufacturers, economic development and business resource professionals gather regularly to explore new manufacturing opportunities to diversify their businesses and strengthen our region. [Full Story]
Economic Climate 2010 Event Wrap-up
Well over 100 people were in attendance for the Economic Climate 2010 presentation Thursday morning.
A Bright Spot for the Peoria Metro
by Jessica Moroz, Economic Development Council for Central Illinois
We have dealt with immense struggles during this economic crisis, and yet we have refused to ignore that this region has many bright spots. One such bright spot is the healthcare industry. [Full Story]
Peoria: A Healthcare Hotspot
by: Jim McConoughey, Heartland Partnership
The Peoria Metro has been center stage for Vaudeville, a whiskey capital and a manufacturing mecca. Could the region become a healthcare hotspot next? [Full Story]
Putting the Ship Back in Shipping
by Steve Jaeger, Heart of Illinois Regional Port District
In May 1997, a group of federal Department of Transportation staffers convened in a hotel meeting room outside the Memphis airport with a selected cluster of academics from the then-smattering of universities offering programs in transportation and logistics. Their mission was simple enough, yet audaciously ambitious: revolutionizing the way imported consumer goods move into the American Midwest. [Full Story]
December Unemployment Rates Released
Peoria MSA unemployment rate rose slightly in December to 11.2% compared to 10.8% in November (a .4% increase = approx 800 people).
Economic Diversity Drives Job Growth
by: Kyle Ham, Peoria NEXT
Diversity is often mistaken for a purely social and moral issue, but this viewpoint neglects to account for a much larger truth. Diversity in the workforce must be recognized as a competitive edge and a business opportunity, especially in today's globally influenced economy. The unique perspectives that result from encouraging diversity of thought and experience are vital to economic success, and the Peoria NEXT Innovation Center leads the charge for an economically diverse Peoria. [Full Story]
Homeway Homes Receives More Recognition
While many companies are scaling back, Homeway Homes is forging ahead of the competition. This regional business is an internationally recognized home builder and Friday, the company was the chosen location for a political stop by a gubernatorial candidate. The candidate chose Homeway Homes' location because this company is a shining example of success.
EDC Presents: Economic Climate 2010
Economic Development Council for Central Illinois, The Heartland Partnership and Peoria Area Chamber of Commerce present: ECONOMIC CLIMATE 2010
What does the 2010 economic climate for the Peoria Metro area look like?  Join us February 25, from 7:00 to 8:30am at WeaverRidge to find out.  Multiple presenters will provide updates on our region’s main growth sectors of healthcare, small business and green sustainability.  Plus we will get a snapshot of our regional assets and look ahead to see what’s in store for our general economy for 2010.
No comments:

State Sen. Dave Koehler, State Rep. Jehan Gordon and Peoria Mayor Jim Ardis have recently organized several community forums to address quality of life issues in the area. At the last meeting, the South Side of Peoria was selected as an area of the city for a community project. Project ideas were obtained from the community at Saturday’s forum, which the planning committee will finalize into a work plan for the next steps. In addition, a new project entitled “Celebrating Our Community” will celebrate families and individuals each quarter who make a difference in the community.


To nominate someone, visit the City of Peoria website at  www.ci.peoria.il.us, and click on “Celebrating Our Community.” Nominations are due by April 20th.

To promote, attract, and retain commercial and industrial development in the City of Aurora. In doing so, serve to enhance the quality of life for Aurora citizens by creating quality jobs, increasing assessed valuation, and attracting property tax, sales tax, and other revenue generators to the community.
The City of Aurora, Illinois is located 40 miles west of Chicago, Illinois, and is currently the second largest city in the State of Illinois with an estimated population of 188,000. It has been one of the Midwest’s fastest growing cities for the past 10 years, and in 2008-ranked 74th by Money Magazine as one of the “Best Places To Live“ in the United States.
A diversified city with a balanced combination of industrial, high-technology, retail, service, and agricultural enterprise and cultural activity, Aurora is located in four counties: Kane, Kendall, Will and DuPage.
Visit the official economic development website at www.investinaurora.org
Aurora Economic Development Commission
43 W. Galena Blvd.
Aurora, IL 60506
630-897-5500
David Dorgan, Downtown Development Consultant
___________________________
David Dorgan does a great job with the economic redevelopment of downtown Aurora Illinois.  He also did an outstanding job with Elgin, Tinley Park, Richton Park, and Canton, Illinois.  He is one of the most accomplished city managers and economic developers that I have worked with over the years.
No comments: